Since the financial crisis, Iceland’s capital Reykjavik has got a vitreous “harp” – the conference and concert house “Harpa”, located in the harbour area. We got a glimpse of it and gave it a listen.

With roughly 300.000 inhabitants on the island, one cannot expect to find a big capital. Still, with its Harpa, Reykjavik has got an imposing conference and concert house.

It was planned to be built with investor funds during the hype of the banks, as a great symbol for both Icelandic art and economic power. The financial crisis of 2008 let the investors go bankrupt – banks were nationalised. That is why the public authorities were handed a half-done shell of building. 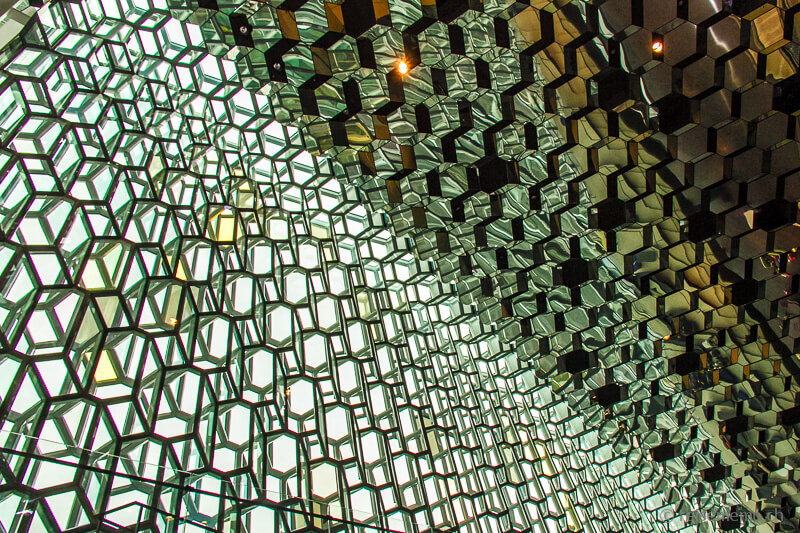 Colour effect glass of the Harpa

Refusing to give up, they eventually completed the constructing of the glass building, which now functions as a very popular new landmark of Reykjavik. 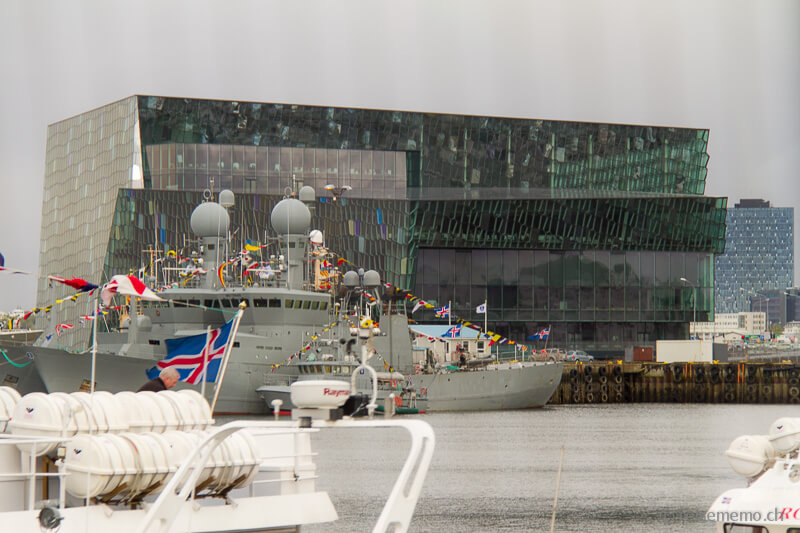 Concert hall Harpa by the harbour

The multilayered glass facade, made out of colour effect glass, is reflecting and glittering in the sun in different colours, depending on the weather. 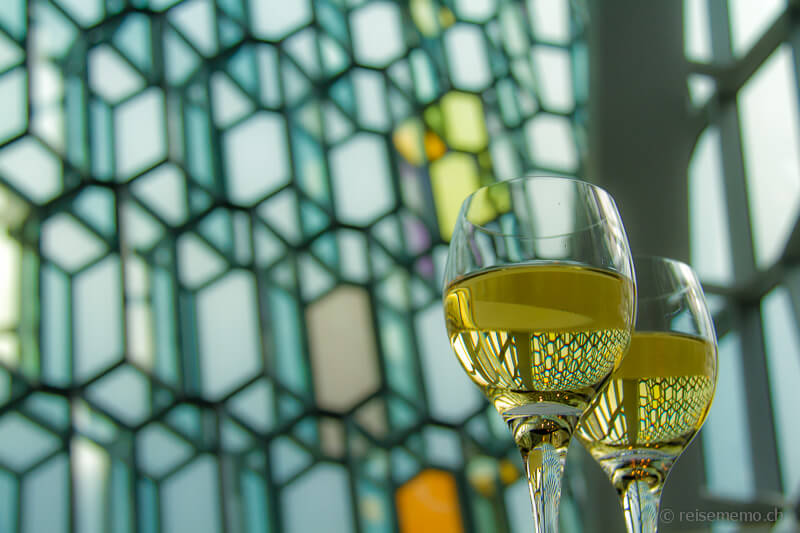 White wine for the concert break

The spacious interior rooms in front of the 4 conference and concert rooms are transparent and let in a lot of light. 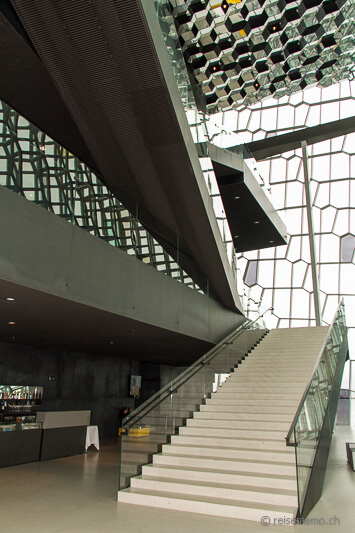 Stairs in the light-flooded atrium

The concert hall, which holds up to 1.800 visitors, has adjustable acoustics and has been equipped with all kinds of modern shenanigans, e.g. interpreters’ booths for up to 9 languages.

Obviously, I’m still working on my video skills, but the sound is not that bad! At least sometimes, when I don’t forget to turn on the microphone…

I understood exactly one word of the host’s Icelandic speech: “luxury hotel”, which is supposed to be built in the area of the harbour, too. Our guide Arthúr Bollason explained this to us later on, after we had made fun of our language knowledge of Icelandic…

When strolling through Reykjavik’s Old Town, one wonders about the low flying propeller planes. There is a domestic airport in the vicinity of Reykjavik. Especially in winter, when many roads become impassable, it is of great importance. The longest connection on the island takes a little more than 1 hour.

The stroll won’t take long, of course. In about one hour all sights and the shopping- and bar-street Laugavegur will be seen. On this street, the Sólon Bar is one of the most popular meeting points for the young and the young at heart who are fond of tippling. 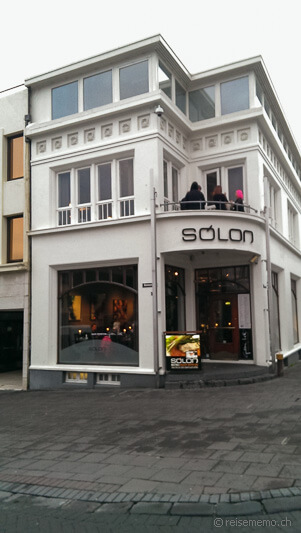 Close by lies the Lækjarbrekka, in which you can dine like a local. In cozy tightness, enjoy delightful puffins and more… 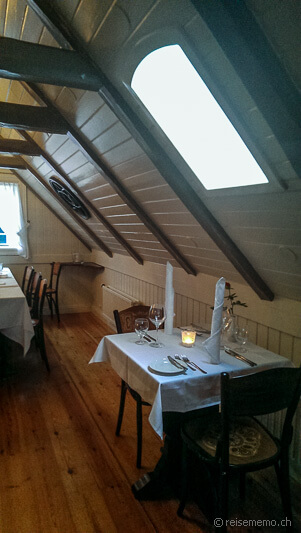 Upper floor of the restaurant Laekjarbrekka

We enjoyed the food a lot and highly recommend to try the lamb and the sea food!
A little distance outside town lies the eye-catching Pearl: on top of the warm water tanks of the city, inside a glass dome, there is a revolving restaurant which rotates once in two hours. Even though it is rather pricy, it is supposed to be a good value for money. This time, we didn’t try it out.

In Iceland, elegant design hotels are a rarity. For this trip, we chose the practical Hilton Reykjavik Nordica.

Though we did not try these out.

Many thanks to Icelandair for the invitation to Iceland! The best way to get to Reykjavik from Zurich can be found in our personal report of the first flight on our German travel blog.